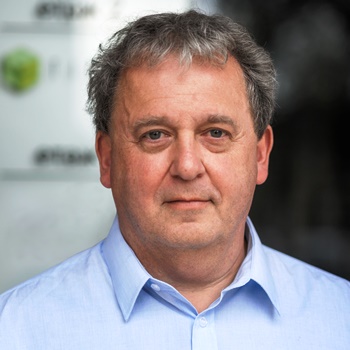 Leslie Spiro has been responsible for delivering a number of major trading systems milestones, starting with Reuters PTW, the first Windows-based Workstation (delivered by SD&C, of which he was a co-founder); RTT, the first COM market data components (delivered by DOT, of which he was a co-founder) and working with Bloomberg on the release of their B-Pipe feed. He was also a co-founder of EasyScreen, a derivatives trading system that floated on the LSE. Tick42 continues to be involved in market data projects as a member of the OpenMama steering committee.

Leslie’s main focus now is Glue, a product that supports application interop between web, desktop and server components. Glue encourages UX Integration, allowing windows from different systems to work together to provide a seamless user experience. He is particularly interested in how the technology behind UX Integration can change the way dev teams work, both with their users and with other dev teams, as well as changing how their apps are delivered.

He is also actively involved in the Symphony Desktop Wrapper Working Group. Tick42 are active contributors to the Symphony Software Foundation open source projects, including their Glue based, Excel RFQ system, which delivers a Dealing 2000 like system over Symphony.

“In our corporate clients it is common to come across projects that are described as ‘Excel replacement projects’. Management sometimes seem to hate Excel spreadsheets, even though they also use them all the time. The problems are no one wants data stored in files in random place, with no control over whether it has validated, no audit log on changes and no reliable control over who has seen it.

And so we are asked to deliver an app to replace Excel. We model the data, chose some web grid, create the UI and then we deliver it to the user who complains about how much worse this is to use than Excel!

So we start an argument about whether they need the missing features and some kind of terrible relationship arises where we bitch about the trivial changes the user wants and our users think we don’t understand them and we don’t care about them.

Alternatively use Glue for Office, which allows Web applications to store the data on your servers, validate that date, audit it and control access to it whilst letting your users keep working in Excel or Word.

As we say in some of our marketing material, Use Glue and make your users happier.”